How can I get to Leros?

If you are travelling from outside Greece, there are several ways to get to the island of Leros:

Option 1 – fly to Athens and then fly to Leros

Scheduled flights to Athens depart from many European cities and are operated by Olympic Airlines. Olympic was acquired by Aegean in October 2013, so the two companies are now one. 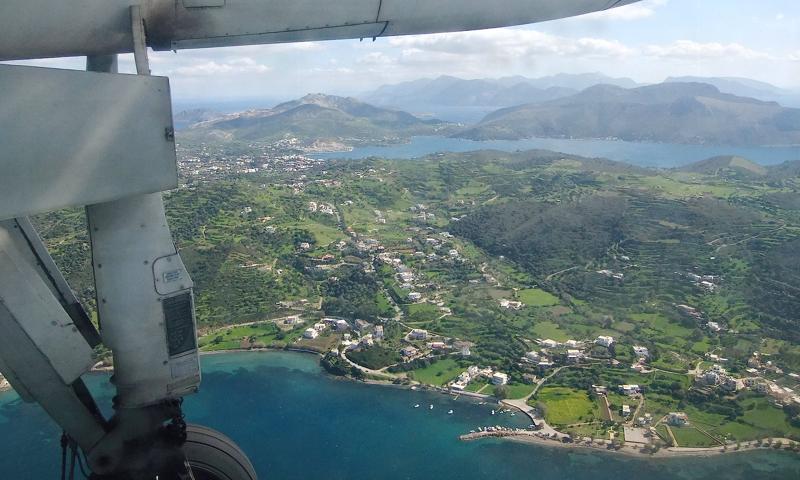 From Athens, there is one flight every day to Leros in the Winter, operated by Olympic/Aegean. In the Summer, there are two direct flights per day.

Note: it is also possible to fly to Athens and then get a ferry from Piraeus (takes about 9 and a half hours to Leros and costs €39).

From April to October, there are charter flights to Rhodes and Kos from many European airports. Bookings outside the peak season or at the last minute can mean real bargains. 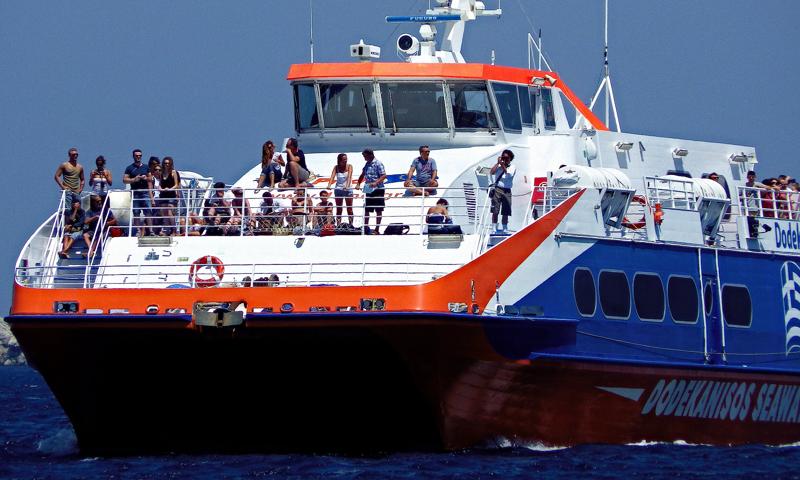 One of the catamarans approaches the harbour in Agia Marina

The catamaran is generally quicker than the ferry

The catamaran may arrive/depart from the port of Lakki or Agia Marina - and sometimes this can be changed at the last minute because of the weather conditions.

The company was set up by brothers Yorgos and Yiannis Spanos who were born in the village of Temenia here on Leros. There is a history of the company, and a fascinating biography of the chairman, Yorgos Spanos, in their Dodekanisos magazine which you can read online. (Choose issue 1.) Their aim is to provide a metro-style service that is reliable and punctual for the smaller islands of the Dodecanese. The company employs local people from the Dodecanese so if you use the catamaran, you are supporting the local economy. 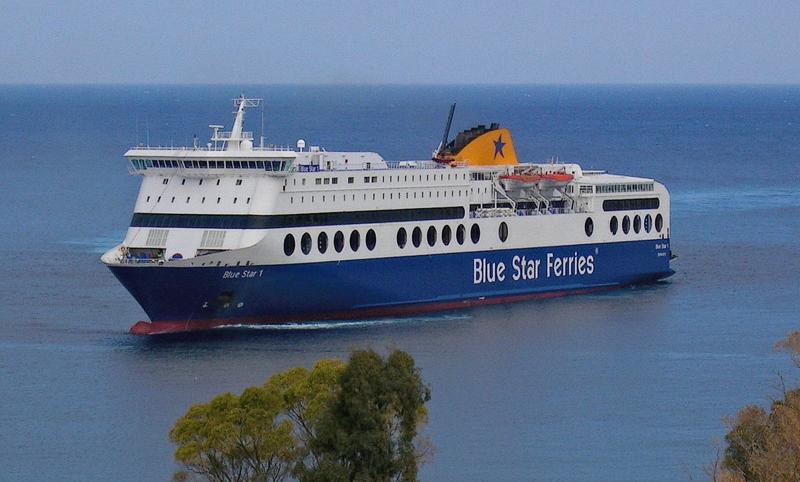 In certain weather conditions, the ferry calls into Agia Marina instead of Lakki

Ferries to Leros are operated by Blue Star Ferries and usually call into the port of Lakki. One route is from Piraeus to Rhodes, calling at Syros (and Amorgos in July and August), Patmos, Leros and Kos and the timings given above are for this route.

Please note: Depending on the time of year, this route is covered by the Blue Star II or the vessel Superfast XII.

There is also another route from Piraeus to Kalymnos, Kos, Rhodes and Kastellorizo that also calls at Astypalaia, Patmos, Lipsi, Leros, Nisyros, Tilos, and Symi at certain times of the year.

You can quickly check timetables and book ferries and catamarans online at www.ferries.gr

You can also buy tickets for the catamaran and ferry at agents on Rhodes, Kos or Leros.

As an alternative to Rhodes and Kos – or if you would like to include Leros on an island-hopping route through the North Dodecanese islands – there are charter flights to the island of Samos. 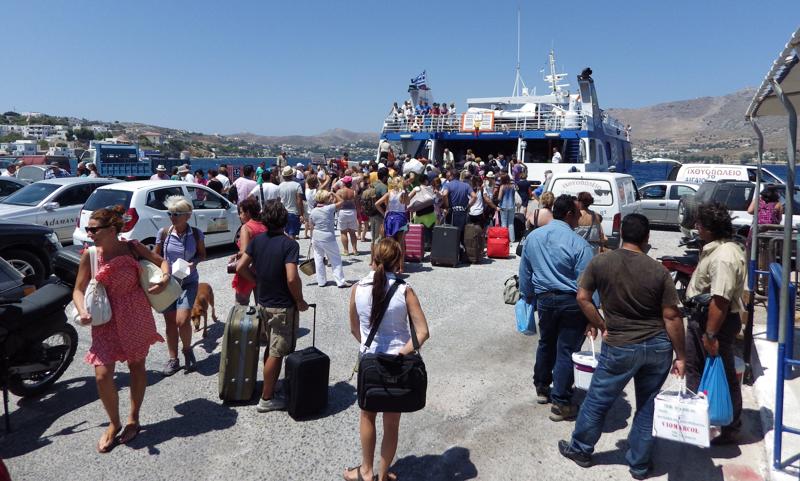 The catamaran between Samos and Leros calls at Patmos and Lipsi. On certain days it also calls at Fourni and Ikaria. On other days it calls at Agathonisi and Arki.

Go to the website of Dodekanisos Seaways to check timetables. You can also book online.

Note: all details correct, to the best of my knowledge, but prices and timetables are subject to change.